Congrats to the awardees of the Michael D. Ferugio Scholarship!

Every year, the NYC Chapter is honored to award scholarships to incoming Penn State freshmen from the NYC area. This year we are extremely excited to annouce that we have awarded scholarships to Nathan Fencer, Rosharro Morrison, Morgan Taylor, and Cindy Zeng! These four bright and talented young men and women who, like the namesake of our endowed Michael D. Ferugio scholarship, represent the ideals of Penn State proudly and honorably. Learn more about the Michael D. Ferugio Scholarship here and donate to our scholarship fund here. Please join the NYC Chapter in wishing our awardees good luck at Penn State! 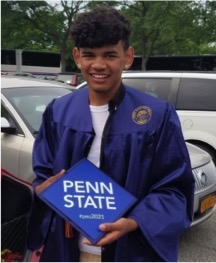 Growing up in Jamaica, Queens, Nathan had Penn State at the top of his list for colleges to attend because it was in his blood. Nathan's uncle is an alumnus from the class of 2001 and sparked his interest in Penn State by bringing him to a football game. The immediate sense of community spirit, family, and success inspired Nathan and lead to him applying as soon as he could! Nathan is currently a Health and Human Development major at the Penn State Beaver campus and plans to try out for the basketball team.

What does being a Michael D. Ferugio Scholarship awardee mean to you?

“I am truly honored and appreciative to have received the Michael D. Ferugio Scholarship award. The Penn State values of integrity, respect, responsibility, discovery, excellence, and community have been instilled in me my whole life. There isn't a school out there that better aligns with my personal values than PSU. I plan to honor Michael D. Ferugio's legacy to the best of my ability" -Nathan 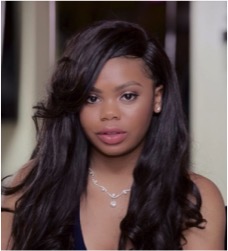 Morgan Taylor
Morgan recently graduated from Cardinal Spellman High School in the Bronx and is a Computer Engineering major this fall at Penn State Erie. She instantly fell in love with the school when she visited, just like multiple other family members before her! Morgan is planning to join the Society of Women Engineers (SWE) and try out for the competitive cheerleading team. Although nervous about her first few classes and making new friends, she's already feeling the Penn State Pride!
What does being a Michael D. Ferugio Scholarship awardee mean to you?

“Being able to attend Pennsylvania State University has always been my dream. I am truly appreciative of this scholarship because of the opportunity it allows me to study at a top university as a computer engineering major. I am grateful for the opportunity and glad a scholarship like this exists!" -Morgan 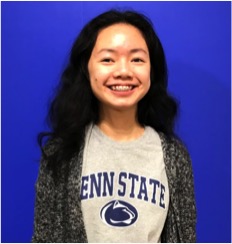 Cindy is a Penn State freshman majoring in nursing from the Bronx. She's currently attending Penn State Altoona. Cindy chose the branch campus because of the reputation of the nursing program there and the feel of the campus being just the right fit for her! Outside of her studies, Cindy is most excited about attending PSU football games and THON!

How does being a Michael D. Ferugio Scholarship awardee help you?

"I am honored to be a recipient of the Michael D. Ferugio Scholarship. Thanks to the support from the PSU New York City Alumni Chapter, I am the first in my family to attend college! As an out of state student, tuition and boarding is prohibitively expensive. With this opportunity, I will be able to pursue my dream of becoming a nurse. Your generosity has truly made an enormous difference in my life." -Cindy