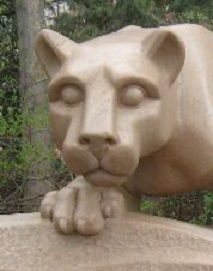 The University and Penn State Alumni Association has announced a three-part roundtable conversation series titled "Toward Racial Equity at Penn State: Social Difference, Social Equity, and Social Change". The University aims to engage the Penn State community in dialogue to advance greater equity and inclusion for students, faculty and staff from underrepresented racial and ethnic groups.

The first of these conversations - "Race, Our Campus Climate and Workplace" - will take place from 3 to 5 PM on Tuesday June 30 and will be viewable using the link below. Co-sponsored by the University's Division for Development and Alumni Relations, WPSU and the Office of the Vice Provost for Equity, the conversation will feature faculty members, deans and alumni speaking to their experiences on being a person of color navigating a mostly white campus and workplace.

Watch the first of the series: watch.psu.edu/toward-racial-equity

The first roundtable conversation will feature the following panelists:

The series will continue with two additional roundtable discussions during the fall semester. The second and third discussions are scheduled for Sept 8, titled "Race, Teaching, and Learning in our Current Climate" and Nov 5, titled "Race in the Community." See the full article on the roundtable series here.