Every Penn Stater is missing Big Ten football this Fall.  Join PSU NYC and other Big Ten area PSU Chapters for an evening of virtual therapy to ease your Football Separation, featuring Jay Paterno! While we may miss fall weekends and Homecoming, we'll gather virtually to grab that Penn State feeling of home. Together with other Penn Staters, we'll share an evening of fun and memories!

The program will include:

A Talk by Jay Paterno with a Q&A Session

We hope you’ll join us for this very special evening and share in the festivities!

If you have questions you'd like to ask Jay Paterno or specific artifacts you would love to see, please include those requests in your registration on Eventbrite!

***Want a copy of Jay's new book Hot Seat: A Year Inside College Football's Pressure Cooker? You can purchase one through our Chapter (price $22.00) and proceeds benefit the PSU NYC's Michael D. Ferugio Chapter Scholarship Fund, which helps to send NYC residents to Penn State! Click here to purchase! 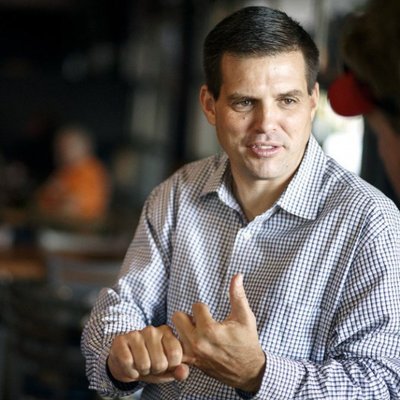 Notably Jay has over two decades of experience as a colleage football coach at Penn State, the University of Virginia, the University of Connecticut, and James Madison University. He was named the Big Ten's Best Quarterback Coach by Rivals.com in 2011 and was honored among the Nation's Best Offensive Coordinators by ESPN.com in 2008. In those roles he developed leaders as an educator, coach, and advisor to players and other coaches.

As a write he wrote the Best-Selling book Paterno Legacy and followed it up in 2020 with the novel Hot Seat: A Year Inside College Football's Pressure Cooker. He writes for StateCollege.com and his own Pigskin Stew Blog and has written for a number of outlets among them: USA Today, The NCAA News, The New Orleans Times-Picayune, The Centre Daily Times, The Daily Collegian, The Arab News and has even had his work translated into Chinese for The Epoch Times. He was cited by Sports Illustrated as one of the Top 100 Sports Tweeters in the World in 2011 - the only football coach on that list.

In 2012, he delivered a speech honored among "The Most Important Speeches of The Century" by American Rhetoric. In 2008 and 2012, he was a surrogate speaker for the Obama Presidential Campaign and was invited to the White House Community Leaders Forum. In media he has been interviewed on every major news network as both a coach and as a point person in a major crisis management case. He continues to speak on leadership, team building, and crisis management to industry and on college campuses and serves as an Alumni-elected member of the Penn State University's Board of Trustees.