Over past 10 years, your local New York City Chapter has grown significantly with over 15,000 alumni & friends receiving our regular communications and with over 400 proud dues paying members.  In 2017, the chapter established an Advisory Board to provide advice to help the organization continually improve, grow and evolve.

The Advisory Board is a group of esteemed alumni who  provide guidance, feedback and support to the Chapter’s Executive Committee and Board of Directors.  Those on the board are accomplished alumni that have served in senior leadership roles in various industries and organizations.  Some members may also have strong ties to the University or were previous presidents of the New York City Chapter.

The Advisory Board meets 3-4 times per year (a combination of in-person meetings, conference calls and social gatherings) to provide ongoing feedback, input and expertise to chapter.  By serving, our members also have the opportunity to build relationships with and network with other distinguished Penn Staters in the Greater New York City region.   If you would like to nominate a distinguished alumus/alumae for inclusion on this board or have any questions, please contact the board's co-chairs by clicking here. 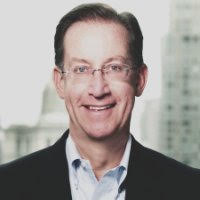 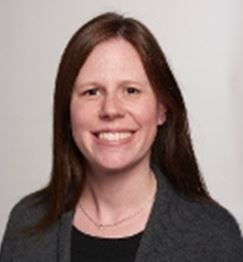 Lynn is Chief of Staff to the Chief Operating Officer at Dana-Farber Cancer Institute in Boston. In that role, she serves as a member of the Institute leadership team and a strategic partner to the COO. Prior to relocating back to Boston, where she is originally from, Lynn was the Administrative Director of the Seaver Autism Center for Research and Treatment at the Icahn School of Medicine at Mount Sinai in New York City. In previous roles Lynn has worked as an Administrative Manager at Massachusetts General Hospital, an independent consultant at the Broad Institute of MIT and Harvard, and the Director of Operations at Addgene, Inc. Lynn graduated from Penn State in 2001 with a B.S. in Health Policy and Administration and minors in Business Management and Gerontology. While at Penn State, Lynn was president of the Academic Assembly (part of the former Undergraduate Student Government), Mortar Board Senior Honor Society, and the HPA Affiliate Program Group. She also holds an MBA with a concentration in Marketing from Boston University. She has been actively involved in the Penn State Alumni Association, serving on the Board of Directors of the Boston Chapter from 2002-2006 and as President of the NYC Chapter of the Penn State Alumni Association from 2013-2017. She is a co-founder of the PSU NYC Advisory Board.

Diane Krusko is a 1977 graduate from Penn State’s Eberly College of Science in Microbiology. She received her M.B.A. in Strategic Business Management from PACE University. Diane served on the Board of the NYC Chapter as Director of Chapter Relations and on the Eberly College of Science Alumni Society Board as a member of the alumni mentor program. She also served as past President of the Westchester County Alumni Chapter and led alumni volunteers in college recruitment efforts in Westchester and Rockland Counties. Diane continues to serve as a volunteer in Westchester County supporting high school visits and college fairs in the area. After graduating Penn State, Diane began her career in the pharmaceutical industry. Her experience includes lab research, new product planning, commercial development and professional relations in organizations that include Pfizer, Sanofi and Merck. Diane then transitioned to higher education as Director of University Alumni Relations and Development for New York Medical College. Currently, she is consulting at SUNY Westchester Community College supporting their STEM Scholars program. Diane enjoys her family connection to Penn State with her brother (B.S. Chemical Engineering), her nephew (B.S. Energy Engineering) and another nephew who is currently pursuing a B.S. degree from SMEAL College of Business in Supply Chain. Diane is a Lifetime member of the Penn State Alumni Association, a life member of the New York City Chapter, a member of the Nittany Lion Club and the Golden Lion Society.